Can we believe in the wrong out of sheer fear, if our fear allows it?
The loss of self-respect is an important step in breaking down our personality. Children always want a beginning, a middle section, an end, and one who explains everything afterwards. We love good stories.
This is what the psychiatrist Bruno Bettelheim wrote in his book "The Informed Heart". He himself was a survivor of two German concentration camps.

Since we have to become children in order to be formed, not only structured fairy tales are necessary. Pressure needs to be expanded. The goal is infantilization.Victims identify with the guards. Denounce others.
It's like a game too. Psychiatrist Thomas Szasz wrote that the loss of norms affects the individual - people not only need other people, they also need games! Games worth playing. Well, let's play the Mask game.

How do I become a "good" child? By not being heard or seen. And by having no opinion. But we should be even more: we should be invisible. Everyone must be so much a part of the crowd, deprived of all individuality, that we cannot be distinguished from anyone else at any time.

Put on the mask. That could be the "Mass State" Betellheim mentioned.


But how do we compensate? Another way is to let out the anger against against ourselves. The victim needs strength, i.e., which is orientation towards the perpetrator. Like the child that is dependent on its parents. So, the victim knews instinctively what the perpetrator wants. The perfect "society" machine.

Resistance is accepted, but the individual must be brought into conflict with the group at all costs. This is why most people are conform rather than a rebel. In the German mass Nazi state, the few actual denunciations at home were enough to generate distrust everywhere. This led to the fact that the damage was caused by the fact that the parents were permanently (!) afraid of the consequences of what they said in front of their own (!) Children. As a result, inner security disappeared, and with it self-respect, as well as self-worth and autonomy.

The over-adjustment to current norms took place in the Middle Ages, for example in the Nazi mass state, and now in the Operation "Pandemic 19-21". In the Middle Ages it was piety that had to be turned to extremes, everyone had to show at all times that they were 200% believers in God. Prayer and rituals were not enough, Others had to be denounced.. The same thing under Hitler: Rituals, the Hitler salute, belonging were not enough. Others had to be denounced. And now, 2021 - too: Which neighbor leaves the house when and at what time? Others have to be denounced.

These are Games to play, according to Szasz. Loss of maturity, self-respect and security, according to Bettelheim. I also experience this schizoid nature in my everyday work, in the social, medical field.
If someone is not sure, he must not show any reaction. What's more, he must be stupid and unseen. Another step into Infantilization.

Put on the mask.

People are in tendsion, are anxious, if they don't know if salvation or punishment is coming. Loosening or lockdown. Such individuals can no longer determine their fate or their lives. Vaccinations will not correct this. There is no chemical cure for dehumanization, loss of adulthood. People thus become underage children. The only thought: "Let it be over, no matter how." Such people accept any punishment. Thousands or Millions of such individuals are controlled by a handful of leaders. A permanent tension to protect one's life.

If things happen too quickly, too often, too violently, as Alvin Toffler and Fred Emery wrote in the 70s, it comes to withdrawal, apathy, or blind destruction. There is a limit to Adaption. Animal experiments show this. The pressure to do the impossible in a short amount of time leads to mutual feuds among people.

Our insides get desperate. We take over the thinking of the perpetrators. Our own thinking becomes alien to us. Dissociative. A de personalization. Just as parents withhold food from children, the state takes away people's freedom. Too much of what we do depends on cooperation with others.
Anyone who calls for awareness or self-reflection does not understand what Szasz wrote: Awareness or self-reflection depends on the position someone is in. It is a social characteristic, not a personal problem.
Waht is the position of a child?

Human freedom is being replaced by technical possibilities. But material freedom must always be there  additionally. If it replaces the emotional, there is a risk of addiction. Welcome to the current situation, where distance is even called "social". I don't go with that double thinking and newspeak.

To obey is like working well: it leads to people being able to respect respect themselves. People feel important when they are in control and when they are being controlled. People who believe in a crime by their own government also had to believe that their government was terrible. It also undermined their self-respect. So you can't believe it.

Some degree of internal security is regained through conformity. The price is to identify with tyranny. Without reservation. Liberation is the task of autonomy. This inner conflict is sometimes so great that some kill themselves.
Yes, we love conformity. But we have to choose: martyr or self-respecting.

When our ability to shape our own future is destroyed, we lose all options. Determining your own behavior depending on the situation is the greatest freedom. I believe - like Szasz - that freedom is more important than health. Why, and much more - and how I mean it, I describe in the second part of the "Psychotic Holocaust".

In the book "NEIN - The world of the Accused" by german Walter Jens, it is said that there were once beings on this planet who were called "humans". I want us to keep calling them that. 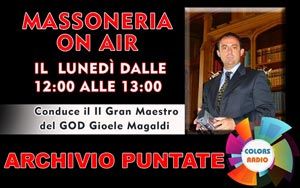 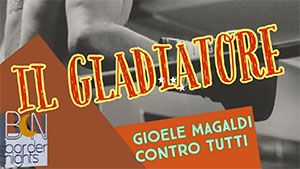